We’re hearing more and more news about storylines from the three big superhero movies due for release this spring, and the excitement for superhero fans around the globe is building. Will the movies be as good as they want them to be and which of the three superhero battle movies will be the best?

There’s not that long to wait – with Deadpool being released in February, and Batman vs Superman: Dawn of Justice following in March. And only a few weeks later, Marvel’s second release of 2016 – Captain America: Civil War – will follow in May.

So, in the meantime, apart from catching up on the latest news on Twitter and via the media, how can you get your superhero fix? 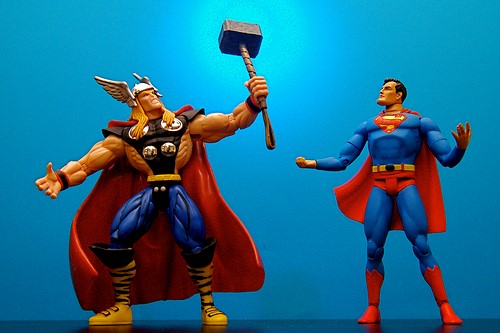 One quick and easy way to connect with superheroes is to play superhero-themed slots online. These have become some of the most-played slots at sites like bgo, 888casino and Spin Palace, and it’s easy to see what people like about them. Many are based on Marvel characters and feature imagery from the movies that have been released in the past ten years or so. Check out bgo’s compilation of the five most popular superhero slots on the site’s blog to find out more about them.

The appeal of these games is that different aspects of our favourite superhero powers are used to give the games their individual features and we get to see different elements of their superhero lives, their back stories and the villains they fight. With the excellent graphics and exciting bonus rounds, it’s no surprise that these games even appeal to slots players who aren’t that into superheroes.

Have a comic-con day out

There’s no shortage of comic-cons these days and you don’t have to travel to one of the massive events like the San Diego Comic Con. Instead, find one that’s relatively local to you, get together a group of like-minded friends and dress up as your favourite superhero – or their sidekick. See if your group can come up with the best cosplays at the event! Comic-cons have evolved with the rise of superhero movies in recent years. These days, they’re far more about the movies and the merchandising than the original comics which is where all our superhero character favourites first took shape. But that’s cool – most superhero fans are more interested in the movies than the comics these days. 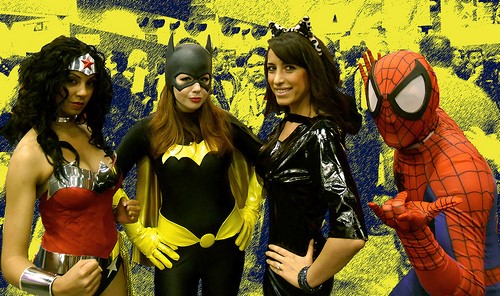 “Comic-Con 2012 Girls” (CC BY 2.0) by charlesfettinger
How would your cosplay compare?

Catch up on the other superhero movies

Of course, another thing you’ll have to make time to do before watching the next big superhero movie is watch the films that go before it. Deadpool is a standalone film, but Batman vs Superman is a sequel to Man of Steel and Captain America: Civil War is the third of the Captain America movies. Antman was out-of-this-world: a combination of hilarious, action-filled and entertaining. So it’s just as well you’ve got a bit of time to catch up and re-watch all the earlier films before those new release dates.